Is it time to toss out the current system and start again?
Dateline: 3 January 2010

The effect of the imminent retirement of 78 million baby boomers is proving to be the tipping point for the straining healthcare industry.

Healthcare costs continue to spiral on the back of amazing advances across all fronts – never before has an individual had more opportunities to stay healthy, live longer or get well – but it comes with a huge price tag. At the bottom end of the market even basic services are not accessible or affordable.

Healthcare activist Barbara Stevens says “the real problem with the approach to healthcare is that it is based on a false premise. It is treated like a consumer item and the market behaves accordingly, but in reality it is a basic human need. One cannot put the choice of having open heart surgery or dying on the same basis as buying a VCR or doing without it”.

There is a deepening wave of social unrest and bitterness building between the healthcare haves and have nots. It’s beyond the USA. Globally, the gap is between the rich and poor, and between the developed and developing countries.

Stevens says, “the way forward demands more than reforms, we need to toss out the current system and start again. Perhaps we need a modified version of capitalism. Other countries have managed to do so – why can’t we?”

The USA today represents a healthcare crisis in the making. More than 41 Million Americans are uninsured, and that number will continue to rise – particularly in a tough economy – unless something changes fundamentally.

Healthcare represents 15% of the US GDP and costs keep rising year-on-year.

The reason for healthcare costs rising is 1) health insurance premiums not keeping up with inflation, 2) Aging population and 3) a slew of wonderful new treatments continuously becoming available, new drugs, new devices and new genetic treatments – and everyone wants access.

The US track record in achieving value-for-money in the healthcare system is poor. The USA spends roughly US$4500 per person, whereas Canada spends maybe $2000, yet life expectancy in the US is shorter and infant mortality higher, hospital stays are shorter and Americans can afford to see their doctor far less than their Canadian counterparts.

The US healthcare system is out-of-sync with the market. It is treated like a consumer product and the market is behaving accordingly – it grows bigger and bigger and it distributes the ‘goods’ according people’s ability to pay. So it is based on a false premise, a decent society supplies good healthcare to everyone.

The healthcare divide worldwide is a huge issue: in Bangladesh 60% of the 80 million population has no access to health services; in Burundi 1 million people cannot afford available healthcare; more than 33 million people are infected with HIV around the world.

2005: Step Changes
Looking at ways to lower or contain drug prices, the US passes legislation to allow Medicare to negotiate drug prices with the drug companies. Legislation permits imports of drugs from any nation that meets the FDA safety standards.
AIDS continues to ravage the world with dire future predictions. The cost of healthcare in the worst-affected regions remains a top issue. Recent research by the United Nations AIDS programme in Geneva has shown that the world-wide total of people infected with HIV is 33.4 million, up from 27.6 million last year. There are 16,000 new HIV infections every day. Almost 95% of infections have occurred in regions with the highest debt burdens – particularly in Africa, Asia and Eastern Europe.
The worst-hit region is sub-Saharan Africa, where 70% of all new infections and 80% of deaths occur. UNAIDS estimates that there are 22.5 million people with HIV/AIDS in the region. Since the first AIDS deaths were recorded in the 1980s, 83% of the world’s AIDS deaths have been in sub-Saharan Africa, and 95 per cent of the world’s AIDS orphans are African.

African countries, notably South Africa, are looking at controversial solutions to contain the cost of healthcare and to improve access across all tiers of society. The first steps here have included regulation of the pharmaceutical industry to achieve a single exit price per medicine and to set the professional fees of pharmacists, eliminating profit-taking on prescription medicines. This could mean as much as 50% reduction on costs of drugs.

2006: Longer lives in developed world
Each generation lives longer and remains healthier. Today, in a world-wide average, the average male lives to 75, versus around 66 in the 1950s. Women today live to over 80.
Two factors affect the cost of healthcare. Firstly, being healthier brings down the cost of healthcare – but this in itself is achieved at greater cost. Secondly, the growing ageing population – people who will be around for much longer than the actuarial predictions of the past.

More and more pressure on the healthcare infrastructure and the quality of healthcare.

2008: Controversy over ‘rationing’
Further step-change reforms of healthcare systems in the US cause a furore around the topic of ‘rationing’. The media has a field day after Dr. Seth Morrem says in an interview that we need to learn to say ‘no’ and to make it stick.

Said Moran: “For the poor there is a certain basic level of healthcare, and the expectation of anything more is simply out of the ballpark. And, you cannot deny the rich from spending their money on the best healthcare that money can buy.”

Life sciences continue to storm ahead promising ever more health and longevity – as long as you have the money to pay for it – further widening the gap between rich and poor.

2009: Rising unemployment and uninsured
Unemployment is rising due to waves of continued off-shoring. Productivity gains increase exponentially through creative use of technology in many industries. More and more existing jobs are put under threat.

The pool of uninsured in the USA has risen from 44 million in 2004, to almost 50 million today.

2010: Baby Boomer retirement peaks
In the US 70 million Baby Boomers have retired over the past 5 years. This has put enormous additional stress on healthcare systems, particularly pensions and Medicare.

The future implications are huge as these Boomers become older and more dependent on healthcare. By 2020, huge shortages of both funding and staff are forecast.

The world has changed and the context has changed. The only way to both reduce the cost and increase access and quality is to change the system, to scrap it and start over. The favored system by the pundits is some form of single-payer system, which puts health insurance in the hands of government and removes all the inefficiencies introduced by the private sector. The point really is that it all comes out of one central pot and therefore also removes many layers and variations of administration and profit-taking. This single payer system should really be funded via tax revenues. This will of course be hugely controversial, it means that the health insurers are out of business, and the insurance industry has indicated that they will fight this in every court in the land. 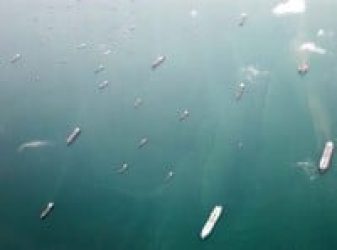 The news for retailers and manufacturers has all been good. Shipping time between China and Europe cut by 10 days. Transshipping insurance costs plunge as goods are diverted away from pirate-infested waters off the horn of Africa. But, with faster turn-around times, the world’s shipping companies are suddenly left with dramatic over-capacity. “We cut the...
Read More ...
Menu
Envelope
Linkedin-in
Twitter
Instagram
Youtube
Sign up for Mindbullets