Is your virus software up to date, Mr Gates?
Dateline: 6 February 2012

This morning an embarrassed Bill Gates was refused entry at Heathrow Airport. The virus detection alarms went off as he stepped through Terminal 5’s DNA scanner. Gates explained that his personal virus scanner seemed to be faulty.

While the virus that set off the alarm was a fairly harmless strain of the influenza virus, more harm may have been done, as it is Microsoft’s software that runs both his implanted chip and the airport scanners. Microsoft has invested millions in DNA scanning technology since the outbreak of the bird flu pandemic in 2008.

Gates confirmed that he subscribes to the automatic download service to update his smart phone with the latest virus strains. He speculated that it could be the implanted sensor chip or the interface to his phone that was faulty. Microsoft technicians had more than an hour to remotely diagnose the problem, while Mr Gates was waiting in quarantine for a precautionary jab, a drug specifically custom-made for his DNA.

2005: Identifying species
A consortium of scientists meets during February in London to discuss the ‘bar-coding’ of an estimated 10 million species on earth. Within the next ten years they foresee the development of handheld scanners that will instantly identify species based on their DNA.

2006: Microsoft incorporates anti-virus software
Microsoft finds it difficult to break into the existing software security market. In late-2006 Microsoft announces that it plans to incorporate many of the anti-virus software products in its operating system, at a marginal increase in cost. The software security industry is up in arms. Microsoft maintains that this functionality is essential to ensure that its operating system remains fit-for-purpose by protecting it against continued virus attacks. Critics say Microsoft is compensating for vulnerabilities in their software. A complaint of unfair competition is lodged against Microsoft with the European Commission.

2008: Bird Flu in China
A Bird Flu pandemic breaks out in China. The new strain is transferable between humans. Millions die in South East Asia. Great Britain and USA close their borders and international travel comes to a grinding halt. The World Health Organisation (WHO) calls it the biggest threat to mankind yet.

2009: Biological virus scanners
Microsoft Redmond Campus announces that it can identify the killer virus almost instantly. The virus is distributed via the respiratory system when small droplets containing the virus are made airborne through coughing or sneezing. In a concerted effort between Microsoft and bio-tech firms in Seattle, a handheld scanner has been developed in record time. The scanner can analyse exhaled air and instantly identify any of the virus DNAs contained in the scanner’s database. Microsoft’s scanning technology proves instrumental in identifying the virus and containing the pandemic. While many hailed Gates as the saviour of the world, it was surprisingly easy to move from software virus detection to biological virus detection. A biological virus is a lifeless form consisting of information (DNA) that is encapsulated in a protective protein coating. It can only replicate by infecting living cells. The Gates Foundation funds the distribution of scanners to authorities worldwide. Within a year the outbreak is contained but many people are still dying. Without a vaccine, prevention and early detection remain the only hope.

2010: Microsoft launches personal DNA scanners
Compatible with most mobile phones, the DNA scanner allows individuals to monitor their own health. These scanners can detect most viruses, from the deadly Bird Flu virus to HIV, measles and the common cold. For subscribers the database of the scanner is automatically updated with DNA information of new viruses and virus strains. A condition of the subscription is that information of detected viruses is sent anonymously to the WHO. WHO then issues alerts of new outbreaks to subscribers in the geographical area. As an extra precaution wireless sensors can be implanted in the mouth as a permanent monitoring device.

2011: New legislation
Legislators have caught up and laws have been passed in most countries making the disclosure of transmittable viral infections mandatory. Protestors in Europe and USA are calling this an invasion of privacy. Recently it became known that for years the CIA has been compiling a database of the DNA of known terrorists and criminals. If the scanners at airports can identify viruses based on DNA, it is only a matter of time before individuals can be identified as well. No protests have been reported from Asian countries.

2012: Bill Gates nabbed at Heathrow
Virus detection scanners are installed at all international airports. Most travelers also have personal virus scanners for more than mere health considerations. The scanners allow early detection of an infection. Personalized medicine can then be taken prior to undertaking an overseas trip, especially to the USA, where cases have been reported of people spending days in quarantine. With Bill Gates detained in quarantine at Heathrow today, the British are getting their own back. 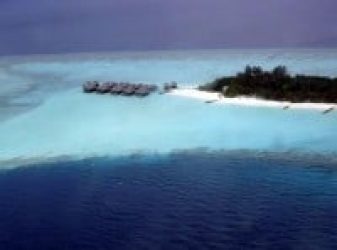 Somewhere in the mid-Atlantic, an island is taking shape. “Nothing like this has ever been built before,” says Leon Almara, the chief architect. MinTelBay, the world’s biggest technology company, is building the world’s largest, and most complex data center. A specially treated titanium-chromium lattice has been mounted on a set of temporary floats and then...
Read More ...
Menu
Envelope
Linkedin-in
Twitter
Instagram
Youtube
Sign up for Mindbullets