Panic erupted in Hong Kong’s Silicon Alley when it was discovered that the latest outbreak of SARS came from a computer virus. Thousands of people demanded the immediate removal of chip implants.

The story broke when it was discovered that the first person to die from the epidemic, Chen Lee, was using a programmable InsulChip under the skin, to regulate his diabetic condition. After opening a picture message on his smartphone from his grandmother, he began to show SARS-like symptoms.

It is thought that the software virus was originally written by the North Korean military to infect and disable the bionic armour and targeting mechanisms of opposing forces. The World Bionic Council (WBC) has called an emergency session to evaluate the threat, and determine the best course of action.

“We’re not sure if a generic anti-virus program might have unintended consequences,” said an unnamed source close to the WBC. “The safest solution may be to remove all the older programmable chips and replace them with the new hard-coded versions.”

In the meantime, high risk communities have been advised to avoid all proximity with web-enabled devices, which is a practical impossibility in these modern times.

The idea of a bionic man was first conceived in the 1950’s and popularized in the television series “Six Million Dollar Man”. In essence, bionic devices are just intelligent prostheses linked to bodily functions, preferably controlled by the brain and nervous system. This idea is not at all far-fetched in today’s high-tech environment. Artificial limbs and implants now include modern technology that provide power, sensitivity and control. Common implants include teeth, ears, pacemakers; tiny cameras connected to the optical nerves have restored sight to the blind.

Recent advances in detecting brain activity and linking these patterns to muscle control have enabled scientists to teach an ape to move a robot arm merely by thinking about it. Electrode sensors used in this experiment can now be non-invasive, in fact even non-contact. This means that in the future we might don a wireless baseball cap, and type these words just by thinking about the keystrokes; or perhaps fly a fighter plane by thought rather than manual control.

Chip implants are already the vogue in certain fields. RFID chips that identify people for access control and financial authentication are already in use. Naturally these chips can be wirelessly encoded and read. The next step is ‘active’ chips which read and stimulate the nervous system and brain activity to create in-body links for monitoring and communication.

BioChips, GeneChips and DNA Microarrays complete the picture. These chips are primarily passive in the sense that they are used to gather and determine DNA information. However, the very real possibility exists that this can also be turned on its head, so that ‘active’ biochips actually ‘write’ DNA encoding to the living organism, creating in-body genetic engineering. While this may be viewed as the ultimate Frankenstein scenario, the therapeutic benefits are immense. Chronic ailments such as diabetes and premature aging are ideal candidates for this kind of therapy.

Now comes the rub. Obviously these implants require bi-directional communication and control to maximize their effectiveness, and this will be wireless and non-invasive. Your digital doctor will the get the alert from your implanted active chip, via Bluetooth through your phone, and instruct the chip to ‘switch on’ genes to produce a therapeutic protein or enzyme. Advanced wireless protocols and security can handle all that. But when the hackers start creating malicious or even innocently faulty code, a virus is released. No doubt BioChips will be specifically protected against software bugs that could make them dangerous, but what about the human factor? What happens when a rogue state or military objective can benefit from clever coding? Will a computer virus infect a human being?

Advanced Bionics Corporation enters clinical trials for its bion device. Implanted using a minimally invasive technique, and controlled by wireless, the bion device has many possible uses, including restoration of functional control to those with paralyzed limbs.

Severe Acute Respiratory Syndrome (SARS) catches public health officials unprepared when it kills more than 800 people. While the outbreak started in Hong Kong, the source of the virus is eventually traced to mainland China, where people living in close proximity to livestock in semi-urban conditions provided the breeding ground for a virus that migrated from animals to humans

DARPA, the US military research agency, develops a bionic exoskeleton that can assist an able bodied soldier to carry 50kg with minimal effort, controlled by the wearer’s brain waves.

Despite the identification of several candidate molecules that were thought to provide protection against SARS, a fresh seasonal outbreak occurs in Shanghai. Public health officials enlist the aid of DNA Microarrays to identify the disease.

The battle for replacement body parts is on, with Organs-R-Us offering grow-your-own organs from stem-cell technology, while Bionic People provides eyes, ears, joints and limbs that are incredibly life-like and seamlessly integrated into the nervous system.

SARS rears it’s ugly head yet again. Dubbed SARS-15, this new strain is quickly contained by using GeneChip technology to identify the strain and its vulnerabilities, but not before migrating to Hong Kong and Toronto. Tracking people exposed to the virus is easy, thanks to under-skin passport chips.

The National Institutes for Health (NIH) and the Canadian Council for Biotechnology successfully lobby the WHO to establish the World Bionic Council to regulate the profusion of artificial and genetically engineered biomedical products. The Biomedical Engineering Society is instrumental in drafting ethics and codes of practice.

Active BioChips are launched. Although there is significant fear and resistance to technology that interferes with the body’s genetic and hormonal functioning, thousands of mainly elderly patients with chronic debilitating diseases hail the technology as a godsend. Japan and the EU are the largest markets.

A previously unknown strain of SARS appears in Hong Kong. The virus was apparently manufactured in Chen Lee’s body when his insulin BioChip was infected by a software virus.

Seiko-Epson announces that they are far advanced in developing ‘Bodyguard’, a wristwatch-like device that acts as a personal firewall for BioChip systems, blocking any malicious code and preventing viruses from compromising in-body devices. However, it is too late for Chen Lee. 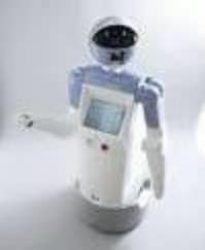 iPA, YOU KNOW MY EVERY MOVE