DOES YOUR LIFE SUCK? GO GET ANOTHER ONE!

David Jones, a student at Stanford, admits to spending ninety percent of his free time as Rinswynd in secondlife.com’s virtual world. “I meet people, discuss politics, date girls, even have sex. It’s better than the real thing, because there are very few negative consequences.”

Since the explosion of interest in virtual worlds like secondlife.com many tech-savvy youngsters are turning to cyberspace for fulfillment and self-actualization – in a world where everything from extreme sports to friendship is available.

You can buy a house or open a store with in-game money. Virtual ATMs linked to real world banking let you top up your in-game funds.

“I earn more as an escort in CyberWestWorld than I do as a waitress in real life,” says Tiffany, whose voluptuous avatar sports a stunning figure and crimson hair, “and it’s really cool.”

Now large corporations are getting involved in this billion dollar business, for sound commercial reasons.

Virtual worlds are becoming so realistic and popular, that real money is changing hands. The best example of this is Second Life. Second Life is an online virtual world, owned and run by its ‘residents’. It costs just $10 per month to become a full time resident.

Residents can buy their own island, create their dream home, become a clothes designer, go fishing, spend nights partying in clubs and bars and, of course, have virtual sex with virtual people. Residents can use virtual money to pay for in-game services, and transfer real money into and out of the game using virtual ATMs.

Of course, virtual worlds are not that new. Alphaworld and Sims Online have been going for several years. But the fundamental purpose of these is entertainment. EverQuest, one of the top online gaming worlds, is much more of a competitive game, and less of an opportunity to profit from your own creativity. Not until now has a platform been created which enables, even encourages the building of a virtual economy entirely directed by its participants.

It’s this link with the real world of online banking that makes Second Life a real economic alternative to working in the real world. But to be really successful takes time and effort. Jenna Fairplay, owner of Second Life’s top nightclub spends 8 to 10 hours per day online. Jenna pays many residents to work in her club as managers, dancers and escorts. In real life (what’s left of it) she claims to be a college student, studying to become a nurse.

Other residents conduct social and business meetings in the online world environment. It’s possible to have private meetings and visually share ideas such as web design, while chatting online and recording notes. Concluding agreements about work to be done in the real world, or even in-game contracts that have real financial consequences, can hardly be said to be merely game play or fantasy. So the virtual world becomes increasingly a real lifestyle for some…

2004: Trading weapons of war in Warcraft>
The first physical payment is made for a virtual game object, when special weapons for the online version of Warcraft get traded between players online, paid for with PayPal. Soon people are trading other artifacts and even characters. It doesn’t take long for someone to set up a store specializing in these items.

It’s also a great place to get together with your friends. Avid gamers start ‘clans’ for team contests, chatting via text and voice links in the game, and eventually in parallel with the virtual world.

2005: Virtual worlds grow up and get physical>
About US$100 million to US$200 million a year changes hands for stuff that exists only as bits of data on the hard drives of far-flung computers, according to Edward Castronova, a professor at Indiana University and author of the upcoming book “Synthetic Worlds: The Business and Culture of Online Games.”

Robert Kiblinger, an online merchant, trades in virtual goods that exist only in the realm of Internet-based games such as ‘Ultima Online,’ ‘EverQuest’ and ‘Second Life.’ As intricate fantasy games like these become more popular, they spawn real-world economies full of digital arms dealers, cyberspace land speculators and virtual currency traders.

Ailin Graef, whose online name is Anshe Chung in Second Life, supports her aging parents and sends two children to private school with the money she makes selling virtual land. Working more than 40 hours a week from her home near Frankfurt, Germany, Graef makes more money as a virtual real estate developer than she does as a part-time English teacher in real life. She is able to convert game currency to US Dollars via several websites, including gamingopenmarket.com, which looks like a stock market, complete with charts and opening and closing prices.

2006: Second world, similar problems
Second Life is a phenomenal success. Not only does it have the largest virtual economy, the ability of residents to create virtual objects such as clothes for avatars, buildings and fittings, even in-game games and activities, makes the establishment of virtual businesses easy.

One of the prime examples of these is Tringo, a simple screen game which combines elements of Tetris and Bingo, played in a group, with the winner taking the pot. So popular is this game, it threatens to disrupt the social fabric of Second Life, as people join solely to chase big jackpots. Tringo goes on to become a real game in the real world, in casinos and entertainment centers.

Eerily, the social problems of Second Life, like rebellious groupings, club culture, sex workers and media manipulation, are remarkably similar to the real world. Real world events like wars and cultural clashes are often reflected in the social development of this virtual existence.

Millions of people around the globe are now so immersed in internet games and virtual worlds that their online persona starts to dominate their personal lives. It’s a ready-made panacea for loneliness and a lack of social graces. In the virtual world you can choose your name, looks, gender, and behave accordingly.

2008: Virtual world takes on a life of its own>
The virtual life has become second nature for many people. It is their primary occupation, source of social contact and real-life income. These residents have become totally dependent on their virtual world. They construct elaborate digital security measures to prevent the world’s hosting company from excluding them or controlling their activities, and move onto peer-to-peer networks. In short, they have declared unilateral independence and the virtual world now has a life of its own.

Amazingly, the online currency strengthens against the US Dollar in response. Second Life’s servers now span five physical continents. It has a ‘population’ of almost one million people and transaction volumes of over one billion US Dollars per year. With about 10 million people worldwide playing at least one of the 350 or so massively multiplayer online games, there is no shortage of income-producing possibilities for the imaginative.

2010: Inter-world trade
Virtual worlds are increasingly a source of income and interaction for commercial reasons. As well as competitors trying to emulate Second Life’s success, ‘business worlds’ spring up offering customized environments for specialist research and development, and collaborative commerce. Virtual worlds become the modern answer to video conferencing and business teams that span organizational boundaries. It’s easy to have a design discussion for example, in a familiar environment with access to appropriate resources and contacts, without leaving your (computer) desktop.

Soon the virtual worlds have virtual forex markets. Creating ads in one world, and trading them for back-office processing in another is more efficient if both online currencies can be easily traded, without the cost and tax implications of converting to real money and back again. The big economies of the world view this development with concern, as more and more money gets churned virtually, before emerging back in the real world, with no chance of auditing its origin and journey.

Corporations jump on the bandwagon, providing in-world interfaces to all sorts of real-world services, from job recruitment and home shopping to travel services and market surveys. Of course digital products like music, media and reservations are easily incorporated into these worlds. The primary motivation for many people, however, is the ability to mould your own ‘reality’ and be the person you really want to be. 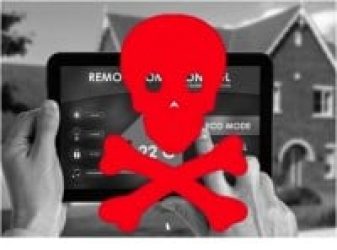 It’s a dream gone horribly wrong. The automated, connected world was supposed to make our lives and our homes better, easier and safer. But now it’s turned into a dreadful nightmare. Sure, there were plenty of minor glitches with early smart home systems. The vacuum cleaner switching on in the middle of the night. Electronic...
Read More ...
Menu
Envelope
Linkedin-in
Twitter
Instagram
Youtube
Sign up for Mindbullets