In the third such incident this week, an Indonesian military transport helicopter ferrying medical supplies over Aceh, ran out of fuel and crashed in the jungle. The pilot couldn’t find his base.

Physicists from all over the world have been congregating in Aceh. “The recent earthquake appears to have triggered a dipole shift in the region. The earth’s magnetic field has weakened and is reversing. South is now 130 degrees from normal.” Says Dr Frantz Gunderson, a physicist at Harvard.

The Indonesian military and other relief organizations are modifying their vehicles to use GPS navigation equipment which is immune.

Says Dr Greenberg, a biologist, “We’re worried about animal migration patterns. A pod of whales beached themselves yesterday. They don’t know where they are.”

While some industries are already capitalizing on the stark realities of this situation, the economic and commercial consequences are yet to be fully understood.

Beneath the planet’s relatively thin crust is a thick, solid layer called the mantle. Between the mantle and the inner core is a fluid layer, the outer core. According to generally accepted theory – the dynamo theory – interactions between the churning, twisting flow of molten material in the outer core and the magnetic field generate electrical current that, in turn, creates new magnetic energy that sustains the field.

“The typical lifetime of a magnetic field like Earth’s,” says Los Alamos scientist Gary Glatzmaier, “is several tens of thousands of years. The fact that it’s existed for billions of years means something must be regenerating it all the time.”

The regeneration appears to be caused by the interactions between the inner and outer cores. Each has opposite polarity. The complexity seems to require that polarity shift. Occasionally this results in the total shifting of north and south – a dipole reversal.

The last time the field lines kinked into a dipole reversal was 780,000 years ago.

No one has any idea as to what triggers such a shift.

“We can have periods without reversals for many millions of years, and we can have four or five reversals within one million years,” said Yves Gallet, from Institut de Physique du Globe de Paris, France, who studies the palaeomagnetic record and estimates that the current decay started 2,000 years ago.

Over the last century and a half, since monitoring began, scientists have measured a 10% decline in the dipole.

A particular weakness in the field has been observed off the coast of Brazil in the so-called Southern Atlantic Anomaly. Here, eccentricities in the Earth’s core have caused a “dip” in the field, leaving it 30% weaker than elsewhere.

The extra dose of radiation creates electronic glitches in satellites and spacecraft that fly through it. Even the Hubble telescope has been affected.

Many animals’ migration patterns are heavily influenced by the Earth’s magnetic field. It is thought that past mass extinctions may have been caused by dipole shifts.

December 26, 2004: The World Weeps
“Death came from the sea,” Satya Kumari, a construction worker living on the outskirts of Pondicherry, India, said. “The waves just kept chasing us. It swept away all our huts. What did we do to deserve this?”

The wall of water up to 10m tall flattened houses, hurled fishing boats on to coastal roads, sent cars spinning through swirling waters into hotel lobbies and sucked sunbathers and fishermen off beaches and out to sea.

It is December 26th, 2004 and the largest earthquake since 1964 triggers a massive tsunami which surges at over 900 km/h towards the populated islands of the Indonesian Archipelago. People as far away as Cape Town in South Africa see increased waves which buffet the coast.

The impact is unprecedented. Aceh is the worst hit region, but the scale of the disaster affects many countries, most of them poor and unable to handle rescue efforts on their own. Billions of dollars in donations pour in from individual efforts around the world.

Infrastructure is destroyed but the human cost is even more dramatic. More than 300 000 people are dead. Entire villages are washed away. Indonesia and the surrounding areas are filled with tiny tribes, culturally and linguistically unique. Many vanish, leaving no trace behind.

In Somalia, 6,500 km away, fishermen are killed and coastal towns destroyed.

April 2005: Relief Efforts Under Way
After a shaky start, relief efforts are now concentrating on infrastructure redevelopment. Worst hit is Aceh which, even before the tsunami, had been suffering from years of civil war. The Indonesian military is uncomfortable allowing in foreign troops or agencies and insists on flying in all aid themselves.

The age of their helicopters means that there are frequent breakdowns.

The tourist industry is having a hesitant recovery. Visitors returning from Borneo, relatively unaffected by the tsunami, report seeing strange curtains of colored lights in the evening sky.

Scientists from various schools of Magnetohydrodynamics fly in to take a look.

“The magnetic field is collapsing,” declares Dr Frantz Gunderson of Harvard. “We’re seeing the effects of solar particles that follow the Earth’s magnetic field lines down into the atmosphere. It’s auroral activity. Like you usually only see at the poles.”

Scientists are stunned. What are the effects likely to be?

August 2005: A Magnetic Conference
The United Nations calls for a group of scientists and key decision makers to meet in New York to discuss the likely implications of this sudden dipole shift.

“We’ve known for a while that dipole shifts don’t happen everywhere overnight, or consistently. As the magnetic field changes you would see a period of disorder which would produce multiple poles,” says Dr Hilary Brander, an atmospheric physicist at the US space agency’s Goddard Flight Center.

“What,” the US government wants to know, “does this all mean?”

A list of possible effects are drawn up: navigation by compass is likely to be very dangerous, misleading even. The Indonesian military has, grudgingly, accepted US support to convert their aging vehicles to GPS navigation after several fatal accidents.

“These are relatively minor, easy to fix,” declares James Fox, a strategist at NATO. “There are other problems. The depressed magnetic field means that there is tremendous radiation in the area. This is not, at present, dangerous for people – the latent field is taking care of that. But it is playing havoc with our communications equipment.”

In an area with limited, and now destroyed, infrastructure satellite imagery is essential to direct relief efforts. Satellites, however, are being damaged by the excessive solar radiation.

The US announces that, within 18 months, they will have a new set of more stable satellites to launch to correct this problem.

There is one last problem. The environment.

“The first problem is that islands aren’t where they used to be. Some have moved by as much as 60 meters after the earthquake, some don’t even exist anymore. Compounding this, is that the magnetic fields, by which they navigate, are leading them even further astray.” Dr Julie Greenberg, a marine biologist at the University of Cape Town, is worried. “The worst of it is, we don’t even know what to do about it.”

The magnetic field subsided, then gradually shifted – changing almost 20 degrees in January – before subsiding again to only 5 degrees in June.

“I think it’s going to be okay,” says Dr Greenberg. “We may have seen the worst of it. The Indonesians seem to, finally, recognize that they have to work with the outside world to improve their aircraft and some of the turtle populations have been recovering. We saw a few coming up onto a beach in Aceh to lay eggs a few days ago.” She’s smiling.

“We’re still worried about the whales. A pod of whales beached themselves yesterday. They don’t know where they are.”

The UN is gradually reducing the scale of its operations in Indonesia.

“It has been a terrible disaster, but the recovery seems well established. In many ways, this has been a boon for local development.” Horst Bader of the UN Development Program, “It has been a tragedy. But now there is hope.” 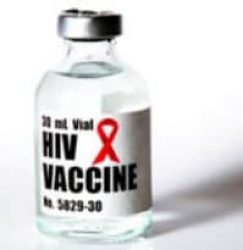 No fewer than three rival vaccines for AIDS are now awaiting final global drug approval, following breakthrough discoveries by South African and Indian scientists. They will compete in a $15 billion market. But, says Dr Ravi Sahay of the International AIDS Vaccine Initiative (IAVI), which co-ordinated the joint research between the two countries, the Holy...
Read More ...
Menu
Envelope
Linkedin-in
Twitter
Instagram
Youtube
Sign up for Mindbullets