China no longer center of the manufacturing universe as the paradigm shifts
Dateline: 9 June 2025

Just as BT announces that it will no longer supply or support fixed-line phones, a report issued by the United Nations confirms two major paradigm shifts in manufacturing and logistics.

The first paradigm shift: China is no longer the world’s #1 choice for low-cost manufacturing – everywhere is.

Europe and the US have seen manufacturing boom in the past five years, in small distributed plants rather than the huge production lines of old. High-tech manufacturing is now done molecule-by-molecule rather than component-by-component. 3D printing has made a large impact. Next it’s atom-by-atom manufacturing at the nano-scale.

Manufacturing costs today only make up a tiny percentage of product costs – in some cases less than 1%.

The impact on low-wage economies has been massive as their only competitive margin has been effectively eroded. China, Mexico, Sri Lanka and Bangladesh are all feeling the same effects. Foxconn, so long the key manufacturer of Apple’s products has shut down its largest plant in Shenzhen, China.

The second paradigm shift: You can make it where the consumer wants it. No need to ship stuff around the world.

Logistics and transportation industries have been decimated over the past five years as production has become increasingly localized. Only specialized logistics services have thrived to supply ‘raw materials’ to local manufacturing centers, and in immediate short distance deliveries.

We’ve now got used to the idea of transporting information about stuff, rather than the stuff itself.

The impact of these two dramatic paradigm shifts has been extremely varied in nations world-wide, around two extremes – complete decimation of the low-skill workforce, and an explosion of local entrepreneurs who were so long out of the mainstream in the flush of 20th Century industrialization.

Focus: (Not) made in China – This is an excellent, futuristic article by Simon Duke of The Sunday Times (UK) (subscription required for full access, PDF in Subscriber’s Area). Here are the opening paragraphs:

America’s tech giants are starting to move production away from the People’s Republic as a new breed of robots cancel out the advantage of cheap labour.

For the creator of the Raspberry Pi, there was one business decision that did not call for much soul-searching. When it came to finding a factory to build the stripped-down computer – one of 2012’s most hyped gadgets – Eben Upton concluded it could not be built in Britain. Only China could offer the rock-bottom production costs needed to slash the price of the credit-card-sized machine to just £15.

That has started to change, however. The latest batch of the lo-fi device designed to get kids into computer programming have the words “Made in Britain” etched on the side. In September, production was shifted to a site operated by Sony in south Wales, where most Raspberry Pis are now assembled.

“When we were setting up, China was cheaper all round,” said Upton. “Labour costs were lower and manufacturers had greater proximity to where the components are made.”

With between 100,000 and 200,000 Raspberry Pi units now being shipped every month, the business has enough clout to secure a more cost-effective deal with a British-based manufacturer.

Upton is not the only technology guru looking to move his production out of China, in spite of its reputation as the workshop of the world. Apple, the world’s biggest technology company, is also beating a retreat after switching production of its new iMac computers back to America for the first time in a decade. The Silicon Valley giant is also considering moving the assembly line for its Mac Mini computer back home. Google, meanwhile, is making its Nexus Q internet television player in America.

It may not yet be a stampede, but experts believe that an exodus of western firms from the world’s most populous nation is under way. In years to come, far fewer of the gadgets we pull from our Christmas stockings will have been made in China.

The seismic shift has nothing to do with a desire to bolster debt-laden home economies. For the likes of Apple and Google it comes down to cold, hard cash. The harsh truth is that China is steadily losing its competitive edge.

The typical Chinese worker still earns between 10% and 20% of what his counterpart would take home in developed nations such as America and Britain. However, the gap is closing rapidly. Chinese wages have doubled over the past decade, while take-home pay in the developed world has stagnated, according to the International Labour Organisation (ILO).

“China’s huge attraction to western companies hasn’t worn off totally, but it is already being undermined by rising labour costs,” said George Magnus, an economic adviser to UBS investment bank, in a recent research paper.

Rocketing energy prices are also forcing the hand of profit-hungry gadget makers. The crude oil price has more than trebled since 2003, making it more expensive for firms to ship finished products back from the Far East.

Advances in robotics and other innovations such as 3D printing are likely to further erode the advantages of a cheap and compliant workforce.

Right now the factories where more than 100 million Chinese workers labour to produce digital cameras, laptops and millions of other gadgets are in the ascendant. However, the technological tide could soon be potent enough to swing the balance of power back towards America and Europe… 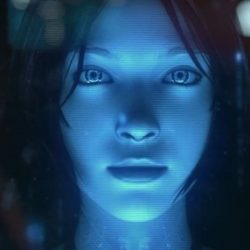 Tycoon's family in feud with his avatar wife's lawyers

Dr Akihiro Miaku the famous Japanese tycoon who died earlier this year under mysterious circumstances (rumoured poisoning) is back in the headlines, after his will was leaked to the press by a disgruntled, anonymous, family member. Dr Miaku, who had significant business interests in the Japanese renewable energy sector, was revealed to have left his...
Read More ...
Envelope Facebook-f Twitter Linkedin-in
Sign up for Mindbullets