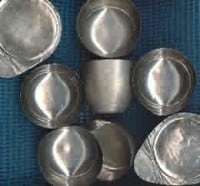 ZChing, the Chinese nanotech firm, has launched its first commercial product – and it’s creating chaos in the platinum group market for catalysts worth US$10-12 billion per annum.

Catalysts are crucial in catalytic converters and will be integral to future hydrogen-based fuel-cell technologies, but these noble metal catalysts may be too expensive for the hydrogen economy to fulfill its promise.

ZChing’s new product NanoCat will replace platinum in the most lucrative commercial applications with new smart nano-metals – which are not mined, but manufactured.

“NanoCat is a major new contribution to the world’s ecological future,” says the sales material released on the internet today. “ZChing’s leading-edge technology means that we no longer have to rape our planet to gather exotic resources – we can manufacture them directly according to specific design specs – using ZChing’s nano-production line.”

Costs are estimated to be less than 25% of the market price of platinum in the first year, but production capacity will likely lag demand for the first 18 months. After that free market realities should bring platinum prices closer to that of their new commercial substitutes.

Ruthenium, rhodium, palladium, osmium, iridium, and platinum together make up a group of elements referred to as the platinum group metals (PGM).

In the 18th century platinum was a tough challenge to European scientists trying to understand and use the metal. Their difficulties came from the very properties which make platinum suitable for so many applications, such as its high melting point and its great resistance to corrosion. The problems were compounded by the other metals of the platinum group, which were present in raw platinum in varying quantities.

Until 1820 Colombia was the only known source of platinum. As production began to decline, deposits were by chance discovered in the Ural mountains of Russia. These became the principal source of platinum for the next 100 years. In 1888 platinum was discovered in the nickel-copper ores of Ontario, Canada. Henceforth, until the 1950s, Canada became the world’s major source of supply. In 1925, a farmer in the former Transvaal province of South Africa discovered several nuggets of platinum in a riverbed. Based on this find, the geologist Hans Merensky discovered two deposits each of around 100 kilometers in length. These mines today provide three quarters of the world’s platinum output.

Platinum mine production has grown continuously since the Second World War in response to the development of new applications.
During the 1960s, demand for platinum in jewelry experienced a spectacular rise in Japan, appealing to the Japanese public by virtue of its purity, color, prestige and value. Platinum jewelry later succeeded in penetrating other markets – Germany in the 1970s, Switzerland and Italy in the 1980s and the United Kingdom, the USA and China – today the world’s biggest single market for platinum jewelry – in the 1990s.

In 1974, with its new regulations on air quality, the United States inaugurated the era of the autocatalyst, a technology which uses platinum group metals to convert the noxious gases in vehicle exhausts into harmless substances. Use of autocatalysts has spread worldwide and since its introduction has prevented over 12 billion tons of pollution from entering the earth’s atmosphere.

One of the principal new uses of platinum was in the petroleum industry, where platinum catalysts were introduced to increase the octane rating of gasoline and to manufacture important primary feedstocks for the growing plastics industry.

Platinum has also been growing in use as a medical treatment against certain forms of cancer and the same decade saw a multiplication in the uses of machined platinum alloy components to treat cardiac and other disease.

2004: Nanotech promises to reduce platinum needs in catalytic converters
Nanostellar Inc. develops highly efficient nano-catalysts to significantly reduce platinum group metals required in conventional catalytic processes. This patent-pending clean energy technology uses proprietary quantum chemistry simulation and synthesis processes that replace platinum group metals with other, less costly materials to create nanoparticles that deliver a 30% to 70% catalyst cost reduction.
In December, QuantumSphere Inc. files three extremely broad patent applications for nano-nickel to support the manufacture of commercial quantities of nano-nickel. A shift from platinum to nano-nickel would result in a reduction in the cost of fuel cell catalysts by up to 75%, based on current prices.

2005: Prices of nano catalysts plummet
QuantumSphere announce that their ultra pure metallic nano-powders will replace platinum as the main catalytic material in various electrode assemblies at ever lower costs. Their press release states “Our nano-powders are currently 1400% less expensive (per gram based on current platinum prices) – even at the nanoscale – than the platinum alternative.”

2007: Sino-Korean JV hots up
ZChing, the foremost Chinese nanotech firm, merges with Korean R&D outfit SmallSan. There are immediate plans to scale up manufacturing capacity for a set of products that are said to include new material to replace platinum in catalyst products.
South Korea launched a national nanotech initiative in 2002 and SmallSan was one of the products of the massive government focus, tax breaks and investments in new technologies.

2009: Chinese nanotech industry triumphs
ZChing launches its first commercial product – and it creates chaos in the platinum group market for catalysts, worth US$10-12 billion per annum.
More than half of platinum production goes into automotive and industrial applications and it is that segment of the market that is most threatened by cheaper alternative solutions.
It is expected that within six months, obvious overcapacity in platinum production will begin to drive down stock prices significantly. Smartwear can save your life

No doubt you’re unimpressed by ads for ‘smart’ wearables that can change your life. Whether it’s the latest gear or fitbit or smart watch, it’s just another wearable gadget that connects you, or measures and tracks your personal data, right? Sure, you can get health alerts, but it’s not like personal protection equipment or body...
Read More ...
Menu
Envelope
Linkedin-in
Twitter
Instagram
Youtube
Sign up for Mindbullets