Where did it all go wrong? Within a period of just twelve months the PC industry world-wide has collapsed into worthless economic nostalgia. Dell, HP, Sony and Microsoft shares have plummeted.

It’s gone. Forever. The end of the growth cycle turned out to be a short period of ‘stagnant growth’ followed by an instant and classic ‘dead cat bounce’ – a vertical plunge in profits with no end-of-life-kicker – just ominous empty silence in the marketplace.

The speed of the PC’s demise has astonished everyone – except IBM. They sold off their PC business to China in 2004. FutureWorld’s Wolfgang Grulke smiles with a kind of told-you-so attitude: “The signs were there for us to see way back in 2005”, he says. “The signals were everywhere. The precedents were many”. But when the bubble bursts, we all, analyst, commentator and investor, seem to stand around in mock surprise.

You’ve most likely heard the saying, “Even a dead cat will bounce if dropped from high enough!” My view is that dead cats don’t bounce, they just ‘plop’.

In financial markets the term is often used to describe a temporary recovery from a prolonged decline or bear market, after which the market continues to fall. A short lull in an inevitable sharp decline.

In the context of product and business cycles (and this MindBullet) a dead cat bounce is indicative of that point at the end of the life cycle where there is no life left in the product or business, it reaches its tipping point, and the decline is sharp and permanent.

This is the point that answering machines reached when mobile phones offered that service for free. At this stage there is nothing the answering manufacturers could do to make their product more attractive: you can’t improve quality, you can’t reduce costs, you can’t cut prices (even a free answering appliance would be worse than a free mobile service).

This MindBullet sketches a scenario when the PC industry ‘plops’!

Plummeting costs and cut-throat competition drives down profits for all traditional players in the PC industry – classic commoditization. For the consumer the PC has become the new paper – a commodity for recording and storing information, and communication.

HP, through new CEO Carly Fiorina, buys into the volume market by acquiring Compaq, a struggling PC company. It’s almost as if by combining two second-rate players in a failing industry they could breathe new life into it.

Mid-2004: Microsoft turns towards the customer

Customer service – the last-ditch strategy of a senile monolith.

IBM sells its PC division to China-based Lenovo Group and takes a minority stake in the former rival in a deal valued at $1.75 billion that makes Lenovo the third-largest PC maker in the world, behind Dell and Hewlett-Packard. In a move that started years back with the sale of its PC factories in North Carolina to Sanmina-SCI and its hard drive unit to Hitachi.

The video recorder, the most successful consumer appliance of the last two decades, suddenly becomes irrelevant. UK electronic stores decide that for the Christmas shopping season they will no longer sell video recorders. In the past year, DVDs have outsold video tapes by a factor of 20:1. A massive shift that surprises everyone. After all it was almost 1:1 just two years ago. All normal strategizing hits the dust as a radical shift topples traditional thinking. The sales figures show a vertical drop – the classical ‘dead cat bounce’ – a sales and profit vacuum with no recovery.

Dell moves its direct-sales model into home consumer technologies and entertainment in a big way. Large flat-panel TVs become one of its biggest seller over the holiday season.

HP dumps CEO and Chairman Carly Fiorina after the continued fallout from the Compaq acquisition debacle and looks for a new strategy – guess what? Very little focus on PCs.

With plummeting PC sales, Microsoft’s Windows operating system sales are down substantially. MS Office sales are hurt by freeware offering 10% of the functions that most users need for 10% of the price. Microsoft’s massive investments in smartphones falter as Symbian takes a dominant position as the operating-system-of-choice for smartphones.

The end of the phone industry is anticipated as the physical phone becomes just a service that runs on an implanted $50 chip. 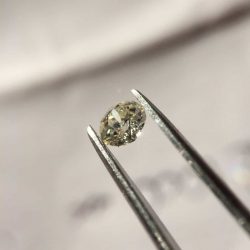 See through clothing, analyze chemicals without touching them, and communicate in nanoseconds – these are just some of the new things our smart devices can do, thanks to terahertz frequency waves, or t-wavez as they are known in the industry. It’s astounding to think that, only six years ago, t-wavez were new, and although promising,...
Read More ...
Menu
Envelope
Linkedin-in
Twitter
Instagram
Youtube
Sign up for Mindbullets