Two of the world’s greatest problems, global warming and water shortage have been solved in one fell swoop. A new UN report shows that the great deserts of the world are shrinking, as an abundance of fresh water the world over has reversed the desertification of three continents.

Drought and famine are a thing of the past and clean safe water is everybody’s birthright, even in the heart of Africa.

It seems inconceivable that just twenty years ago, drought was a stark reality in many countries, causing famine, hunger, conflict and death for countless people dependent on food aid from international agencies. Ecologists even spoke of global warming and the future conflict over water, a treasured resource.

As may be expected, it was a combination of economics and technology that reversed this trend, not divine intervention or Mother Nature. The key catalyst was the development of the ‘water cell’ power plant, which converts nutrients in effluent and seawater directly into electricity, and produces pure water as a by-product.

Now ecologists are concerned that if the Sahara Desert continues to shrink, we may be faced with global cooling!

Water is only scarce in the sense of fresh water being unavailable naturally where it is needed to support life, habitats, agriculture and industry. Two-thirds of the planet’s surface is covered in water and the oceans are deep and inexhaustible. The economics of purifying and moving seawater to where it is required prevent an immediate solution. However, in Saudi Arabia oil revenues enable desert areas to be reclaimed by means of desalination plants and irrigation systems.

Water is hardly ever destroyed or created in nature. Rather it is continually recycled from seas via rain, snow, rivers to plants, animals and humans. We rely on nature to manage this recycling, as the cost of purifying and moving massive quantities of water is often prohibitive. Our management efforts are generally restricted to dams, wells, pipelines and the treatment of waste water in urban environments. Sewage is often disgorged into the oceans, causing ecological problems on many coastlines, and river pollution is legendary.

In 1999 the United Nations Environment Programme (UNEP) reported that 200 scientists in 50 countries had identified water shortage as one of the two most worrying problems for the new millennium (the other was global warming). In 2003 WHO estimated that almost one billion people suffer from a shortage of safe drinking water, mainly in Africa and Asia. Drought is also linked to climate change, fossil fuels and energy production.

The CIA’s study of global trends predicts that by 2015 nearly half the world’s population — more than 3 billion people — will live in countries that are “water-stressed”, mostly in Africa, the Middle East, South Asia, and northern China. In the developing world, 80 percent of water usage goes into agriculture, a proportion that is not sustainable; and by 2015 a number of developing countries will be unable to maintain their levels of irrigated agriculture.

But when the world switches en-masse to alternative sources of energy, the situation changes dramatically. America’s love affair with the automobile is not the only source of greenhouse gases. Industry and energy production, especially in the fast developing and poorer nations, are responsible for an increasing proportion of the carbon emissions. As the desire to go green increases, it becomes essentially a question of affordability. Will the technology to resolve the water-energy-climate-change triangle be cheap enough to reverse the trends? Will the technology even succeed in a divided world?

2002: Fuel Cells power up>
Fuel cells that use hydrogen or methanol emerge as viable alternatives to fossil fuel generators.

2008: Dean Kamen invents ‘The Thing’>
Dean Kamen invents ‘The Thing’, eventually called the AkwaGen, which converts the waste from a typical kitchen sink garbage disposal unit into electricity for charging Segways and other battery-operated devices, and produces pure drinking water. It’s the ultimate in purity, containing no minerals or contaminants of any sort, being synthesized directly from hydrogen and oxygen.

2010: Waste cells commercialized>
Fuel cells that run on effluent and produce pure water excess are commercialized and become economically viable at a community level. The big cities discover an unexpected source of energy and clean water. Singapore is the first city to convert its sewerage works into a power plant.

‘Synthetic’ water becomes the hot item among the bottled water set, and Coca Cola and Nestle vie for supremacy in this market. Evian and Perrier go into decline, although some aficionados insist on the ‘natural’ product, claiming the minerals have significant health benefits.

2011: The Green Divide>
The rich nations enjoy the new technology; organic foods, clean air and rivers, environment-friendly cities and utilities. The developing nations struggle under an increasing burden of pollution, energy costs, sanitation and health crises. China is now the largest producer of carbon dioxide and constantly reprimanded by the UN. It seems the CIA’s predictions are coming true.

2015: Water Cells developed>
Following an accidental discovery, fuel cells that run on seawater, removing all nutrients and salts in the process, are developed. The primary by-product from this process is pure, clean water. Desalination becomes a net energy producer instead of a consumer. Jeremy Rifkin calls it “better than Cold Fusion.”

2017: Bill Gates foots the bill>
In its biggest and furthest-reaching grant to date, the Bill and Melinda Gates Foundation spends US$20 billion to cancel the patents and make Water Cell technology freely available to all countries. “Let’s make water free,” says Gates at the opening of the African Water Centre in Cape Town.

Chinese companies perfect the manufacture of low-cost components for building utility-scale Water Cell arrays. The excess energy generated is used to pump the water wherever it is needed.

2020: Water networks extend inland>
Networks begin to extend from coasts to drought areas. Water becomes a universal human right and a global free commodity; only transport and packaging costs can be passed on to the consumer.

The oil and gas-burning power stations in Egypt and the Gulf are extinguished. Power lines and water pipelines straddle the desert states in tandem. The Nile is no longer over-utilized, and the encroaching desert is held back.

2025: Hydroponics in the desert>
Desert sands prove to be an ideal medium for hydroponics when sufficient water is available. Morocco, Algeria and Libya become the major producers of strawberries, asparagus and other foods for the EU, radically altering the balance of trade.

2033: The deserts begin to shrink>
Old oases revive and expand, and an extinct river starts flowing through the Kalahari. Scientists express concern over ‘global cooling’, as average temperatures around the world show a declining trend, which could affect growth rates of forests and plankton. The world is going green. 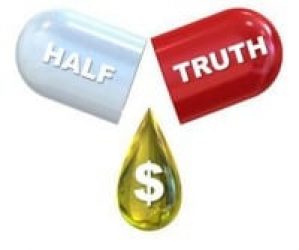 The drugs don't work - and they never have

A short article in Britain’s Guardian five years ago started an avalanche that still shows no sign of abating. What Watergate was to American politics, what Wikileaks was to ‘confidential’ data, ‘Pharmagate’ has proved to be for the global pharmaceutical industry. Pharmagate is literally pulling the rug out from under the industry’s seemingly solid foundation....
Read More ...
Menu
Envelope
Linkedin-in
Twitter
Instagram
Youtube
Sign up for Mindbullets