When a suitcase is not just a suitcase
Dateline: 14 October 2008

“It’s completely unfair,” said Molly Abernathy. “We’ve been waiting here for two hours before departure and that man arrives ten minutes before and gets checked in immediately. Like he’s a celebrity!”

‘That man’ is Nigel Watts, one of a new breed of business travelers. All of his baggage and hand luggage are digitally tagged to prevent tampering and ensure that they are remotely monitored for interference, 24 hours a day.

LuggageWatch, created by Randall Holmes, produces suitcases and travel bags for security conscious travelers. The suitcases protect themselves from unauthorized tampering by siren and silent alarm. Security personnel can verify that the contents were packed personally by the owner of the suitcase and that it doesn’t contain any proscribed items such as drugs or explosives.

Says Randall Holmes, “If a person is willing to take responsibility for their own security, then they should be rewarded for this foresight. It’s a little like flying first class.”

After 11 September 2001, travel has become a slow, tedious and frustrating experience. For the numberless business travelers who spend days flying across the world for meetings, the additional security requirements have become a drag on their productivity.

Regular travelers know more about their personal security than the security companies do, yet they have little control over the way in which they are perceived. Their experience and professionalism counts for nothing.

Systems and products that allow travelers to buy their way into greater convenience and respect would dramatically increase productivity while greatly decrease airline costs for providing security.

If individuals willingly subject themselves to greater security screening to offset delays and embarrassment then they should benefit during transit. It is also an impossible situation where business people, going to crucial meetings, are disrupted upon discovering that security has opened their padlocked luggage, rumpled through their clothes and left the baggage unlocked and open to further pilfering.

These were the thoughts that went through the minds of entrepreneurs behind the Distributed Security movement. Business people across the planet rushed with relief to purchase products that increased security and reduced their time in queues.

Travelers are instructed to check in at least two hours in advance to ensure that they will get on their planes … with their luggage. Security checks on luggage delay many flights and often passengers miss flights due to these additional checks. Luggage is frequently delayed and sent on other flights in a cat and mouse chase to find the original owners – only to arrive back home after them.

Airline regulators across the world are inundated with calls admonishing authorities. Luggage, locked to prevent pilfering and theft, is regularly discovered at destination to have been opened. The locks had been cut off or, where locks were built in to suitcases, the suitcase itself had been damaged.

The US Transport Security Administration authorities make provision for more than 10 million queries during the December 2004 vacation period.

An entire sub-industry related to the delays is spawned. Websites offer advice on airports with the “shortest queues”. People are advised to wear slip-on shoes to make it easier during security checks. Certainly, don’t bother gift-wrapping presents until you get to your final destination. It will be ripped off.

Randall Holmes, on one particularly tedious flight, arrives to discover that his bags have been vandalized. Security explains that the locks built into his expensive suitcases aroused suspicion.

2005: Distributed Security Systems
Innovations in the textile industry had resulted in fabrics into which metallic yarns had been woven. The first symposium on wearable computers was held by the IEEE in October of 1997. By 2005 wearable computers are just entering the market.

The MIT Media Laboratory produces a fabric that understands its own integrity and “knows” whether it has been cut. “Sniffer” sensors in the fabric assess the environment for known chemical signatures.

A small processor embroidered into the fabric keeps track of everything and communicates to the world via a secure Blue Tooth channel.

Holmes approached them and produces some of the first secure baggage.

“It was really difficult getting the security industry to accept what I was trying to sell. We introduced all sorts of systems that made the bag fail-safe. If it is interfered with in any way it will not send out the all clear. For instance, to get a clear reading, the bag must be sealed for at least one hour prior to check in so that the sensors have time to assess the bag’s contents. We have tested it for everything. We even got the special services guys to try and smuggle explosives inside the bags.

“Thing is, this is fail-safe. So, if it doesn’t recognize something, it simply refuses to accredit the contents. The onus is on the traveler to ensure that they are only carrying stuff that is secure.”

StyleDirect, a clothing distributor run by Maggie Dexter, went a step further. “We started assessing clothes for their likelihood of triggering alarms and then labeling them as airline safe.”

Nike suddenly discovers that the metal inserts in some of their sports shoes are triggering security alarms. They are not accredited by StyleDirect. Executives at Nike and other major brands start working with consultants to produce products that are aimed at the executive traveler.

By the end of 2005 the first LuggageWatch products were entering the market.

2007: Global Security Alert
In February, Osama bin Laden, leader of the terrorist group al-Qaeda, is captured in hiding in Pakistan. His second in command, Abu Musab Al-Zarqawi – fresh from his battles in Iraq – declares that no-one anywhere in the world is safe until bin Laden is released.

Several different strategies for dealing with security are proposed. The Travel Security Administration releases horrifying statistics for the year to 2006.

“It was like a watershed,” says Frank Buchanan, senior advisor to the TSA. “We spotted a trend. Where LuggageWatch bags were commonly used, flight delays were non-existent and security improved. In one situation, we actually discovered a problem simply because there were so few non LuggageWatch bags and security had more time to spend with the others.”

Airlines start insisting that passengers must use accredited Distributed Security bags. LuggageWatch is made official baggage for British Airways.

Where travelers don’t have accredited luggage, they will be expected to check in two to three hours in advance and open their bags, take out everything and repack it for security authorities.

In July, an Irish traveler who arrives only with hand-luggage for a local flight is arrested. She is carrying a LuggageWatch bag but it had refused authorization of the contents of her luggage.

When it is opened and examined a security guard discovers a set of sharp plastic knives stitched into the base of the bag. The LuggageWatch system has passed its first major public test.

South West Airlines announces that, from here on out, only accredited distributed security luggage will be allowed on board their planes. South West Airlines stock soars and passengers flock to utilize their service. They report dramatically reduced queues and virtually no delays.

2008: International Program for Distributed Luggage
It is Randall Holmes who first voices the problem.

“There are now about ten companies worldwide offering distributed security services, from luggage to clothes. Even to personal profiles. TamperProof started offering its own passports. Basically, you sign up with them, receive a complete security check. They will conduct random monitoring checks on you and then declare your security status. In exchange for giving up some of your privacy, you got to travel anywhere in the world quickly. Some companies started hiring on the basis of TamperProof certifications. You can see the problem.”

The problem is that, as societies start to rely on distributed security systems, the integrity of these systems becomes ever more important.

“Basically,” says Holmes, “we needed to figure out what tampering could take place and how we ensure that the system can’t be beaten.”

The US and EU support a $ 1.2 billion program to pressure-test the products and develop new systems.

John Alexander in the US Customs Service, “We had an unexpected side-effect. Smuggling dropped completely from mainstream channels. We’re not saying the drugs aren’t getting in. They are. But not on regular flights.”

By the end of 2008 distributed security systems are a $ 12 billion-a-year industry.

All is set for regular travelers like Nigel Watts to get preferential treatment as he arrives on board.

“Even better,” says Nigel. “Now my luggage can’t even go missing. When I arrive my baggage sends me a message via SMS telling me that it arrived safely and will be joining me soon. It’s really cool.” 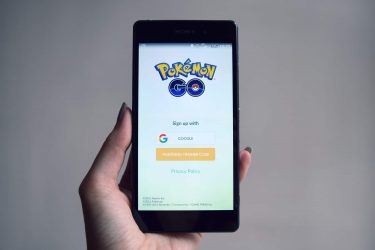 Pay-per-person is the new digital metric

As mixed reality becomes more and more enmeshed with ‘real’ reality, targeting customers has never felt more like a game. The good old pay-per-click marketing metrics might have worked back in the day when the online world stayed on your computer, but in the age of extended reality, where the distinction between online and offline...
Read More ...
Menu
Envelope Linkedin-in Twitter Instagram Youtube
Sign up for Mindbullets