THE FUTURE OF MANUFACTURING IS ABUNDANTLY CLEAR

Technology has always driven the progress of manufacturing, from the first time one of our ancestors carved a flint tool, to the Industrial Revolution and beyond.

But few imagined that the nanotechnology dream first articulated in 1986 by K. Eric Drexler with his seminal book ‘Engines of Creation’, the science of atomic-level manufacturing and assembly, would become a reality.

Now Drexler’s ideas are already manifested in 3D printing and, more recently, 4D printing, turning the production process upside down. Instead of starting out with coarse, mined materials, refining them and dumping the waste, then machining them into shape, 3D printing makes things one particle at a time from materials provided in print cartridges. 4D printing does the same but at an atomic quantum level, building things we need from scratch, like atomic Lego bricks, with zero waste.

Atomically Precise Manufacturing (APM) takes this one step further, creating materials that shape and build themselves, literally chemical and molecular ‘machines’ that can ‘reproduce’.

Drexler was often regarded with some suspicion, his ideas branded ‘science fiction’ rather than fact. In reality, behind the scenes, enormous progress was being made. In 2013 Drexler released a new book recording this progress, ‘Radical Abundance’ which promised massive benefits of a new nano-world.

In the decade since then 3D, 4D, and APM have become mainstream technologies, overturning traditional heavy, dirty and inefficient manufacturing, and promising a new age of plentiful resources.

While traditional materials like coal, oil and steel might be in limited supply, atoms are almost infinite – there are enough atoms in your garbage to make almost anything! 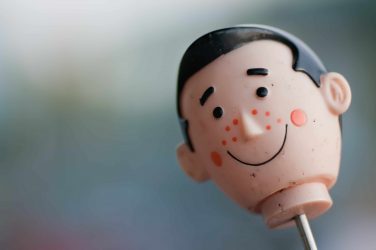 Lisa Chen’s mother always said that Lisa’s whole spectrum of emotions is reflected on her face. Regardless of whether she’s angry or ecstatic, Lisa has always been unable to mask what she’s feeling. She always felt bad about it, until now. Back in 2018 it came to light that firms in the electronic equipment, power...
Read More ...
Menu
Envelope
Linkedin-in
Twitter
Instagram
Youtube
Sign up for Mindbullets